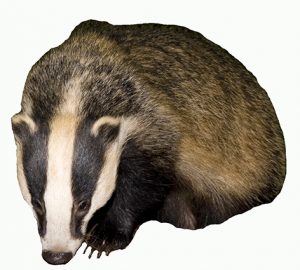 Maintaining this reserve has been the subject of one of our long-term collaborative projects with the Surrey Wildlife Trust. We are now taking on more responsibility for the site following the restructuring of the Trust’s countryside team and have volunteered to look after it, as it is the only SWT reserve in The Bourne. It is the Trust’s smallest reserve, with an area of just 0.18 hectares, and is situated on the northern slope of the Bourne Valley not far from the Bat and Ball Public House (at SU 832 444).In 1986 Mrs Doris Underdown donated the site to the Trust in memory of her husband Harold Underdown, who had been Town Clerk at Farnham Urban District Council.

According to the 1762 Rocques Map of Surrey and the first Ordnance Survey Map of 1816, the site is the last remnant of Farnham Common heathland; heather, gorse and broom still grow there, but these heathland plants will soon be lost if there is no maintenance so that trees and scrub are allowed to take over. All the rest of the old Farnham Common is now covered with the South Farnham suburbia. The reserve is a narrow strip of steeply sloping ground on Greensand, which is partially covered with woodland. Where the unstable slope is bare, the sandy soil provides an ideal habitat for solitary bees and wasps to dig their nest burrows. The sandy soil with the Bourne Stream nearby also provides ideal habitat for badgers, and the large active badger sett is the principal feature of the reserve’s interest, but it is too small to withstand large numbers of visitors.

Apart from the badgers, surprisingly little is known about the site’s fauna and fora. Some surveys were conducted in 2000, when about 50 invertebrates were identified. These records included just 6 butterflies but not a single moth, just four mammals and 14 birds – clearly a lot of recording still needs to be done if the site’s full conservation value is to be recognised. The plants are better known with records of 79 flowering plants together with 16 grasses and a handful of lower plants.

Our group has a long-standing association with the Wildlife Trust and part of this has been our helping with the management of the reserve. We have carried out a wide range of tasks, which have included:

So, it seemed a natural step for us to take on greater responsibility for the reserve.  A general Management Plan had been agreed some time ago but, in 2017, we came to a more detailed Work Programme with SWT.  Maintaining the site’s ecology will continue to involve many of the same tasks as those we have already been undertaking. Our general approach will continue to be: – 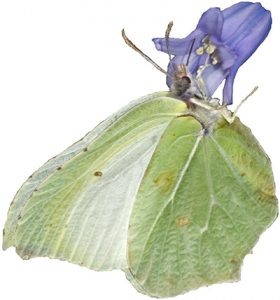 This work is good exercise, great fun and highly satisfying – in addition there will always be the intellectual stimulus of the lively discussions that occur during the coffee break about conservation and local issues.