Moths are a good indicator of the local biodiversity. So, the Bourne Conservation Group has been recording the species that occur for several years and the inventory for The Bourne now stands at 750 species.  The contribution of the Old Churchyard to this total is 160 species most of which are also found throughout the area. However, the avenue of lime trees in the Old Churchyard does support a national rarity – the pauper pug. These trees  also attract many lime hawk moths in early summer. 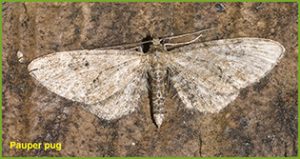 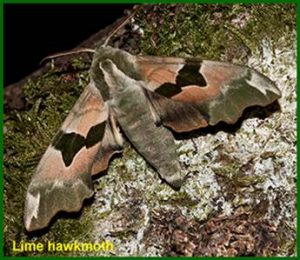 The moth community changes with the season. Hebrew characters are common in spring and as the season progresses orange footman appear; their larvae feed on the lichens that grow on the trees – the lichens need the clean, unpolluted air of The Bourne to flourish. As summer arrives, so do pebble hook-tips and peppered moths. Peppered moths became famous because, before the clean air act came into force and most households used coal for heating, most of them became black (described as melanic) thus  providing improved camouflage when the moths  settled on soot-blackened foliage and tree trunks. 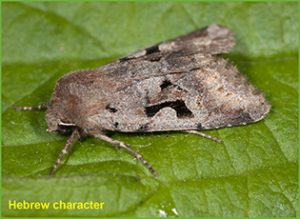 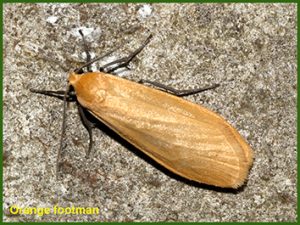 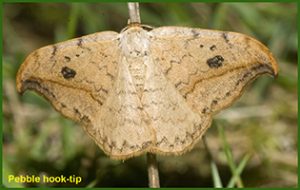 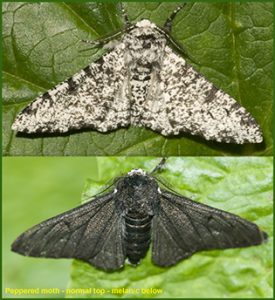 Later in the summer one of the prettier micromoths, Alabonia, starts to fly, which if it were bigger than 10mm long would undoubtedly be one of the best-known moths. Micromoths are the smaller moths which are abundant but poorly known. Many of them have larvae that mine the leaves of various plants – the most notorious now being the horsechestnut leaf miner.  This tiny 3 mm long moth only arrived in Britain in 2002, but now turns all the leaves of most of the Nation’s conker trees brown in late summer. At much the same time, the churchyard’s lychgate provides shelter for aestivating copper underwings in a state if torpor know as aestivation ; one year   51 were counted taking shelter there just after dark on a single night.  As autumn approaches and the ivy starts to flower at the beginning of September, a new set of species fly in to stock up their reserves before overwintering.  Amongst these autumnal moths is one of the very beautiful  merveille du jour. 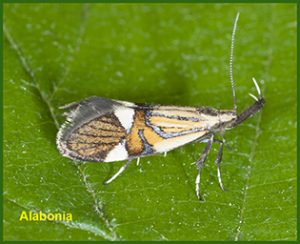 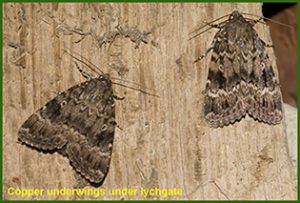 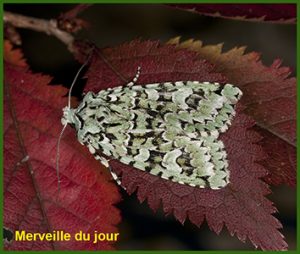 Even in the depths of winter on mild evenings there are a few moths about. But perhaps the oddest moth that occurs in the Old churchyard is Luffia. This is a flightless micromoth, which has caterpillars that,  like caddisflies in water, make themselves a house  using the lichens that grow on some of the gravestones. When seeing these ‘houses’ arrayed on the face of a monument, not only is it hard to believe that they are moths, but also it is difficult to understand how they can move around to find new sites. 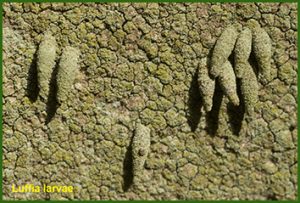 Within The Bourne we have recorded over a quarter of all the moths that have ever been recorded in the British Isles. This indicates just how rich is the diversity of our local fauna and flora – a diversity that our Group is striving to maintain by our management if such sites as this quiet Old Churchyard.

Working to improve the local environment

Recording the many moth species found here is part of managing this site in such a way that it respects the 800 people buried here while at the same time creating a haven for wildlife in this busy urban area.  Managing the site like this is one of a number of ways in which The Bourne Conservation Group is striving to enhance biodiversity as well as improving the landscape for residents throughout the year.