In October 2007, the Bourne Conservation Group was asked to inspect a pond to see if it was likely that it could be inhabited by great crested newts. These spectacular black and red spotted newts are over 10cm long and are a protected species. If the pond was indeed found to be occupied by them, it would immediately be given special protection. It is illegal even to handle the newts without a permit.

However, late October was not an ideal time to look for them, since they will probably have left the water and be finding a safe hideout for the winter. What the Group was actually faced with was a seriously overgrown pond that had probably been stocked with plants from an aquatic plant centre, and some dead goldfish. It was full of two serious alien plants, parrot?s feather (Myriophyllum) and, worse, floating pennywort (Hydrocotyle ranunculoides). The latter is shown in our picture. 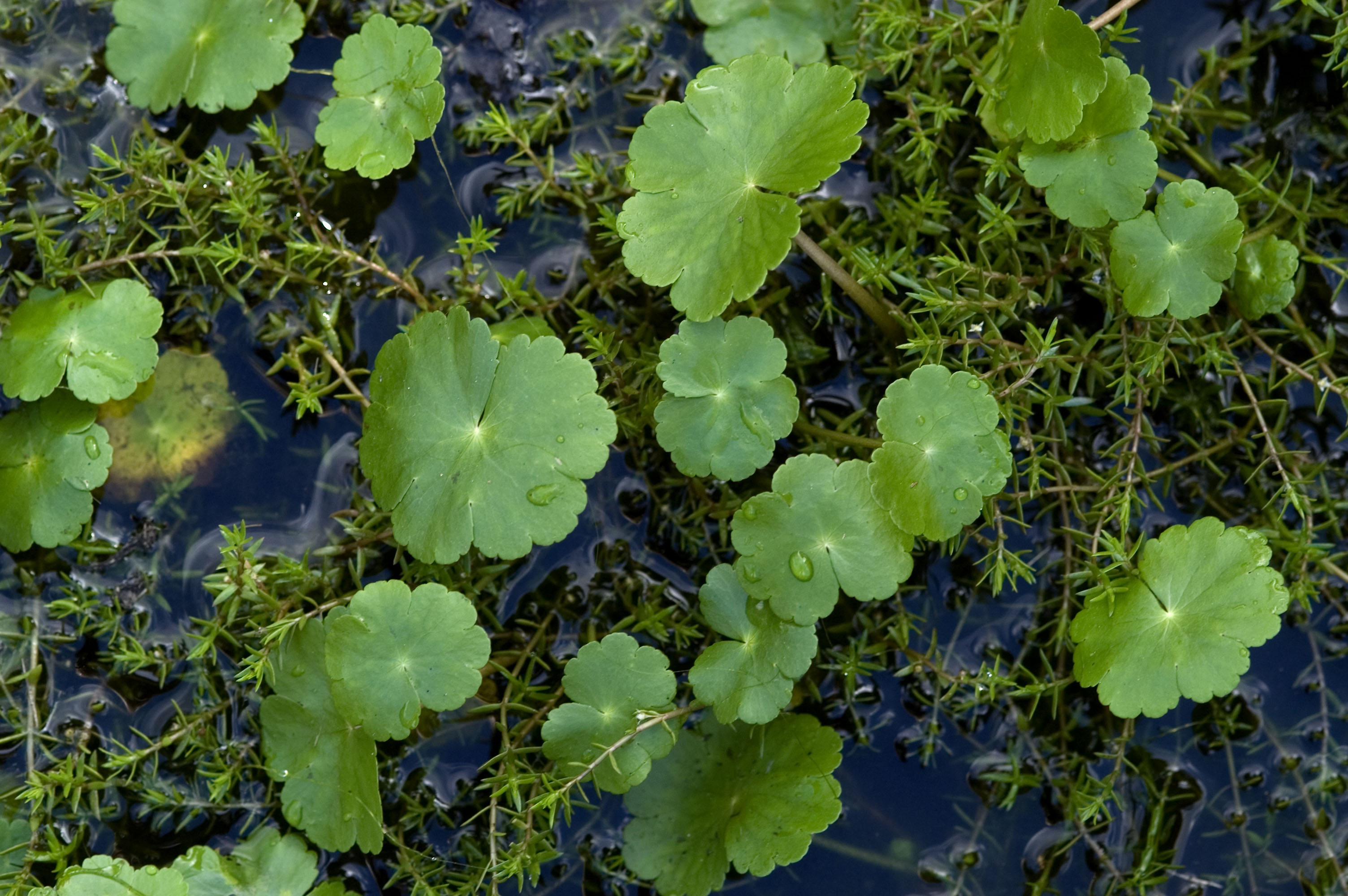 The pennywort is native to North America and was introduced by the aquatic nursery trade in the 1980?s. In 1991 it was first reported to have become naturalised in the wild, and now occurs in at least 35 waterways in southern England and Wales. It flourishes in the shallow fringes of slow flowing ditches and ponds. The flowers are insignificant, but the leaves emerge from the water on stalks along stems that spread out just below the surface. It is a fast grower that can increase its stem length by 20cm in a day and can double its own weight in about three days. Once established it forms dense mats of vegetation that starves the water of nutrients, casts a dense shade, and prevent oxygen diffusing below the surface. Basically, it will exclude everything in the water – it threatens your pet goldfish, koi carp and natural arrivals like the newts. You do not want this plant in your pond! Moreover responsible aquatic nurseries should not be stocking and selling it.

There are control measures you can take, but be warned they can be quite drastic. Clearing the plant out of the pond and putting it in the compost heap is a good start, but if it has established a good seed bank in the mud at the fringes of your pond, it will be a long haul to eradicate it. But for the sake of both your pond and our natural waterways, the effort is worthwhile. You can learn more about this invasive species from the Centre for Ecology and Hydrology, information sheet 24, which is downloadable from www.ceh.ac.uk/sections/wq/documents/24Hydrocotyleranunculoides.pdf

As a final note, the winter is a good time to carry out pond maintenance because its inhabitants are either hibernating or inactive. However, please carry out all operations carefully so as to minimise disturbance to the lesser species that are probably surviving down in the mud. It is a good idea to maintain half the pond one winter, and the other half the next.