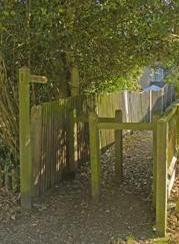 The Bourne area is fortunate in possessing an extensive network of rights-of-way (?ROW?), many dating back to its rural past. These paths and bridleways offer access to the varied countryside throughout The Bourne and are well used by residents. The ROW also provide green corridors for wildlife, especially where they link with the valley of The Bourne Stream and patches of public open space.

For all of these reasons, it is important to maintain the ROW network in excellent condition and perhaps even improve it. Unfortunately, there are problems in achieving this. A major issue is the small budget allocated by Surrey County Council (?SCC?) for ROW maintenance. Additionally, the system for spotting and reporting problems is haphazard so that fresh ones may go unnoticed or unreported for long periods. Addressing this aspect will help to improve the overall state of the paths thus contributing both to their utility and enjoyment by users and their use for wildlife.

What is the Footpath Wardens Scheme?
In December 2008, a Footpath Warden scheme was launched. The aim of the scheme is to introduce an informal system of volunteer Footpath Wardens to monitor footpaths and bridleways in The Bourne, enabling any problems to be reported promptly to the SCC Rights of Way Officer for Waverley.

All wardens receive a map of the ROW in the Bourne and choose selected footpaths to ?keep an eye on?.

Initially, if possible, each Warden will conduct a detailed survey of their selected ROWs noting in particular their current condition and the position and condition of all finger posts and way markers, passing details to the Bourne Conservation Group Footpath Warden co-ordinator. These details will provide a benchmark for the current state of the paths and help familiarise the wardens with their patch.

If the issue identified is urgent (e.g. tree blocking the path or cabling on the pathway), the warden should contact the Surrey County Council Access Officer james.taylor@surreycc.gov.uk directly, copying in the Bourne Conservation Group Footpath Warden co-ordinator for our records. All other issues should be reported to the Bourne Conservation Group Footpath Warden co-ordinator, who will assess the priority of the issue and decide on possible courses of action. This may include reporting to the SCC Countryside Access Officer, or speaking with the BCG committee to organise a work session for the group. A summary of the reporting structure is shown in the diagram below.

What has been reported and what progress has been made?

In the two years since the start of the Footpath Warden scheme steady progress has been made as follows.

Rights of Way Tasks Completed
In this time, 105 issues have been reported to the Footpath Warden Co-ordinator. Approximately 50% of these have been resolved, thanks to the BCG, Surrey County Council, Waverley Borough Council, the Highways Agency and local residents. An especially keen eye is being kept on the state of the Bourne?s footpath signs. Key issues like missing or broken signs are reported to Surrey County Council. It should be noted, for practical and cost effective reasons, such sign issues cannot always be rectified immediately as they are typically dealt with as a batch when Surrey County Council has their next ?small works? session in the Bourne.

Current Issues and Progress
On such a network of paths there are always a range of issues to be dealt with. For example, after periods of bad weather such as heavy snowfalls there may be many laurels and trees causing minor obstructions. These will be reviewed by BCG with the Surrey County Council Countryside Access staff prior to our next footpath work session and put right at that time. We aim to get round all footpaths in The Bourne at least once a year but reports of problems can be lodged at any time. Typical situations are described below.

During 2010, the Bourne Conservation Group?s footpath warden scheme helped re-open Footpath 71 – a footpath known as Boreas Dene that runs from the Tilford road, to emerge on Waverley Lane near Old Compton Lane. In March the group reported a major blockage caused by a large branch from a beech tree, which presented a real danger to anyone trying to get through the path. The report to James Taylor of Surrey County Council’s Countryside Service brought a commendably rapid response, resulting in a skilled tree surgeon being commissioned by the landowner (owner of the tree) to clear the right-of-way and make it safe again for the public. Thanks to rapid communications about the problem and an effective response by all those concerned, the path was out of action for a very short period.

Walk along The Bourne Stream and the other named paths, including the Switchback (pictured), Mitchell?s path and Sturt Walk. Lisa and Noel reviewed the condition of the named signs and posts all of which had been introduced in 2000 by The Bourne Residents Association. A full status report was made to the Association, during one of their regular committee meetings and it was agreed they would fund the replacement of any broken signs (such as the Millenium sign at Ford Lane, pictured). BCG has ordered the necessary replacements from Surrey County Council and plans to put them into place in Spring 2011.

How can I become a Footpath Warden?

Our footpath wardens regularly walk the paths in their area (once a month as a minimum). However, we still have some paths around The Bourne area that do not have footpath warden?s looking after them. If you are a Bourne resident (or live near the Bourne) and you are interested in volunteering to be a Footpath Warden, please contact the BCG Footpath Warden co-ordinator, Martin Wisdom: info@bourneconservation.org.uk.